Ya, I was late this week.

MONKEY,
n.
An arboreal animal which makes itself at home in genealogical trees.

MIND,
n.
A mysterious form of matter secreted by the brain. Its chief
activity consists in
the endeavor to ascertain its own nature, the futility of the attempt
being due to the fact that it has nothing
but itself to know itself with. From the Latin mens, a fact unknown
to that honest shoe-seller, who, observing that his learned competitor
over the way had displayed the motto ”Mens conscia recti,”
emblazoned his own front with the words ”Men’s, women’s and children’s
conscia recti.”

(source:
The Devil’s Dictionary by

Theme this week was “Industry”. As it happens, I picked exactly the same site to photograph as F.J.! It’s the NUON power plant in the North of Amsterdam. 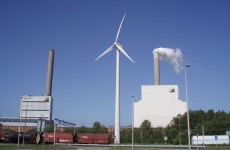 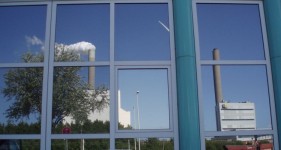 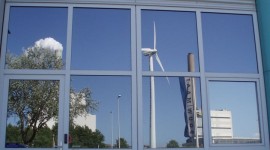 I also tried to get a little artistic with the reflections.

Nothing would’ve been easier than to hit the “Black & White” button on my camera and take a random shot. But even that proved to be a challenge, as I caught a nasty cold this weekend. So, today I resorted to my archive, where I found this nice picture taken at the Kröller Müller museum. 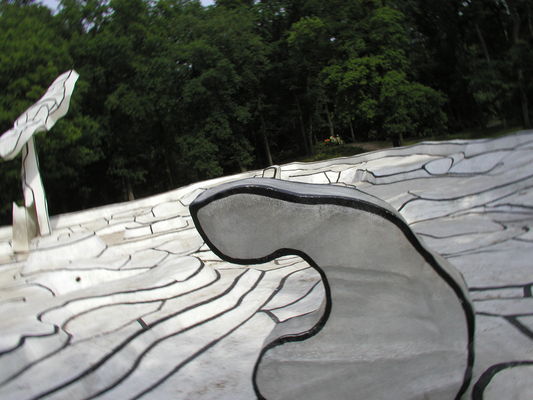 Harhar. A subject I picked. The idea came up the previous week and I thought it was such a good idea that I’d have no trouble coming up with something. Quite often I find myself looking at an everyday scene when I suddenly get a weird feeling; not so much deja vu as a vague feeling I have dreamt this at one point or another. Sometimes there is also an unreality to what I see. Difficult to explain, but as I said, I figured I could easily capture it.

Ha, the hubris. I’m not a professional photographer, not even a particularly skilled one, so what the heck was I thinking?

Until, suddenly, on Saturday I was driving around Westwoud and I noticed this view over some grassland. When viewed from a certain angle, it seemed as if the world ended just at the edge of a group of houses. Unheimlich. It hit just the right note as I hit the brakes of the car.

To many of you this may seem quite ordinary, but it somehow touches me on a deeper level. The world looked very fragile and lonely under that big sky. 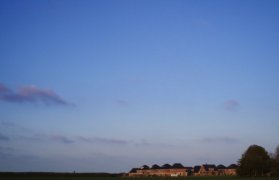 Ah, Queen’s Day. 30 April. The day on which the Dutch nation uses the Queen’s birthday (who, incidentally, was born on 31 January) as an excuse to switch off the higher brain functions through the use of copious amounts of alcohol. sigh Never mind the huge piles of junk left around the city, or the gallons of alcohol spiked urine expelled into the canals.

Anyway, the special photo theme was “Queen’s day 2007”. So here’s a shot of the things I’ve been seeing on that day:

Yep, you guessed it. I didn’t join the fun this year (or the year before that, for that matter). Thing is, in Amsterdam the streets tend to quickly become too crowded. Slow walking, half drunk people bring out the dormant maniac in me. When faced with fleshy obstacles I get this great, big urge to kick people. Hard. Does that make me a sociopath? Dunno, doancare.

Outside of Amsterdam, things are a lot more “gezellig”, I admit. But then, I have a very nice park near my house, a lovely garden and a couple of comfortable chairs. So why bother? Let other people trade their hard-earned money for small pieces of junk that will end up on the street within a year (albeit amongs the other bags of trash).